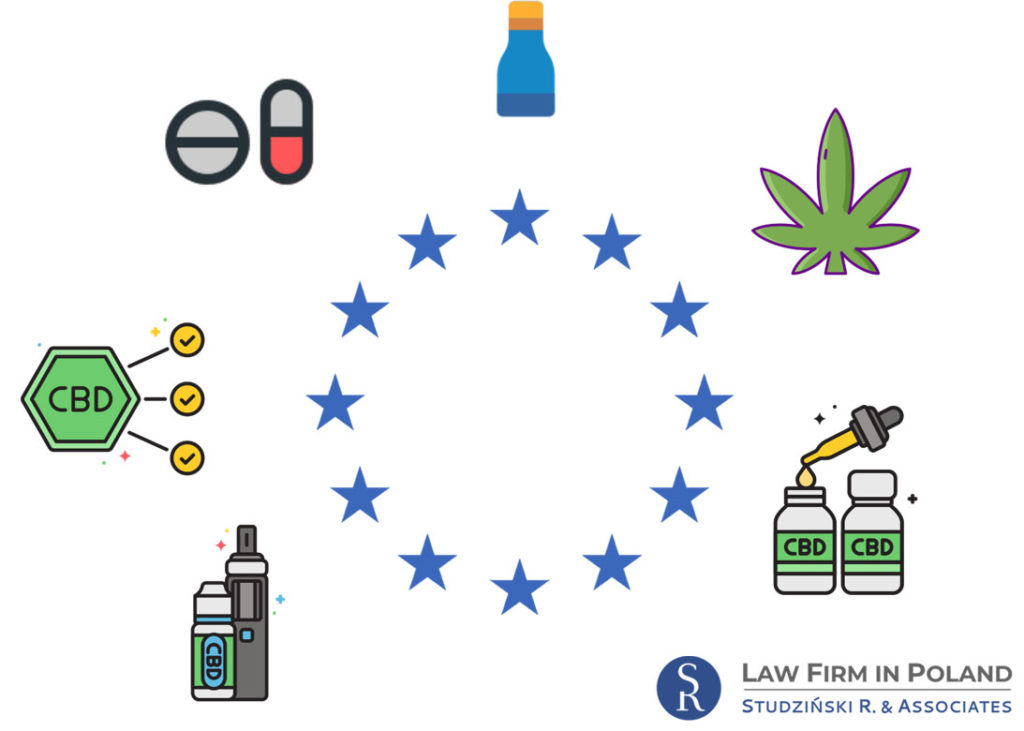 European Commission decision on recognizing CBD as novel food was received very badly by CBD industry. Classification CBD and CBD products as novel food could have had real impact on growing CBD business. This classification had also implication on CBD undertakings in Poland.

A novel food is defined as food that had not been consumed to a significant degree by humans in the EU before 15 May 1997. Novel food can not be placed on the market before pre-market authorisation.

The European Commission’s Working Group of Novel Foods has recently reclassified CBD as a Novel Food for the purposes of the EU Novel Food Catalogue.

The entry on cannabinoids states:

On the other hand,  entry on Cannabis sativa L. states:

“ (..) Some products derived from the Cannabis sativa plant or plant parts such as seeds, seed oil, hemp seed flour, defatted hemp seed have a history of consumption in the EU and therefore, are not novel.”

Taking into consideration above mentioned entries, all extracts of hemp and derived products containing cannabinoids has to be considered (including CBD) as novel.

On the other hand, seeds, seed oil, hemp seed flour, defatted hemp seed remain excluded from the categorisation of Novel Foods in the Catalogue, as long as cannabinoids have not been added as ingredients.

EU Novel food catalogue has no legal value for producers and importers seeking to market the substances and ingredients included in the catalog. The catalog serving only for informational purposes, however it is frequently used by EU Member States to assist in enforcement of the Novel Food Regulation.

Polish Food and Nutrition Commission has issued opinion regarding CBD-based products on 27th May 2019.

Following to above mentioned document there was confirmed basic rule which applies in whole European Union:

1. some Cannabis Sativa hemp seed products, such as seeds, seed oil, hemp seed flour, defatted hemp seeds have a consumption history before May 15, 1997 and should not be treated as novel food. Also in the Poland, these products were traditionally used as food in some regions.

2. other food products obtained from Cannabis Sativa hemp (from other than parts of plants than seed), due to the lack of information on the history of safe consumption, should not be placed on the market without following the procedure specified in Regulation (EU) 2015/2283 of the European Parliament and of the Council of 25 November 2015.

How Polish entrepreneurs handle with issue of CBD based products according to novel food classification?

There are two main approaches:

I am registred at Bar Association in Poland under number ŁD-2325.
I act also as Data Protection Officer in Polish public entity.